Please note: This site is not compatible with Internet Explorer 8, please use IE9 or above.

Walking the tightrope: executive remuneration in the wake of the 2018 AGM season

The 2018 AGM season was fraught with peril for listed companies in Australia. With the close of the Hayne Commission and rising public sentiment that executives are being grossly overpaid, the stage was set for one of the most vicious voting seasons in recent years. The number of ASX100 companies receiving a strike against their remuneration report was up three times on 2017, with several organisations receiving near-unprecedented against votes of more than 60%.  Even more escaped a strike by a hair’s breadth. But why did these organisations take such a beating? As proxy advisers tighten the screws and shareholder activists look to the remuneration report as an avenue of recourse against boards and executives, what can companies do to limit or avoid their exposure? To answer these questions, Aon has studied the circumstances of a number of ASX100 companies that either received a strike, or came close to receiving one, in this past voting season. Taking into account the specific criticisms of proxy advisers and the external environmental pressures exerting themselves across the market, this article will provide a brief overview of some of the challenges and pitfalls remuneration committees will need to overcome heading into the next voting season.

A detailed look at the 2018 AGM season

While some regulatory changes have already come about as a result of the manifold investigations into the conduct of major financial institutions, remuneration committees have been caught between a rock and a hard place as the market waits tentatively for the complete legislative and regulatory response: do they try to pre-empt the tightening of regulatory standards by introducing new or modifying existing incentive plans, or adopt a more conservative wait-and-see approach? Generally, strike recipients have tended to adopt the latter strategy, and it isn’t a surprise: over the past few years, non-traditional or ‘bespoke’ incentive plans (particularly single-incentive plans, combining short- and long-term incentives) have been criticised across the market. Although in certain circumstances the reasons for their rejection may have had less to do with their structuring and effectiveness, and more to do with rising shareholder distrust and dissatisfaction, the results have given organisations pause.

Based on an analysis of proxy voting reports, Aon has observed that the primary reasons for a recommendation of a vote against the remuneration report are excessively large awards in comparison to peer companies, and unreasonable deviation from accepted market practice for incentive plan design.

Excessive awards – financial performance not a shield for disproportionate reward

From proxy advisers’ perspectives, the total quantum of an executive’s incentive award should be comparable with that of peer organisations. While the magnitude of pay must be proportionate to performance to ensure executive alignment with business outcomes and shareholder interests, proxy advisers do not assess awards in a vacuum. Seven of the organisations Aon examined reported positive financial performance (ranging from share price to EPS, revenue and relative TSR growth), but a major proxy adviser gave positive treatment to only two remuneration reports (one receiving a ‘for’ recommendation, and the other a ‘qualified for’ recommendation). It becomes readily apparent that commercial success is not a complete defence for deviating from market norms, particularly where fixed and variable pay outcomes significantly outpace competitors. Excessive pay levels tend to give the impression that even an apparently sound plan is flawed, with the effects potentially cascading down to create a negative perception of the plan in its entirety. Given the negative disposition of shareholders to perceived overpay, awards significantly in excess of peer companies can be fatal to a remuneration report.

Aon recommendation to mitigate this risk:

Methodology disclosure:
(a) Draft a detailed remuneration policy explaining where you plan to position your pay.
(b) Fully disclose how and why your benchmark peers were selected to justify your target market position.

The majority of organisations within Aon’s sample group drew their harshest criticisms in relation to their incentive plans’ substantial deviation from market practice. Most of the highlighted issues fell into three categories:

Pay transparency is an issue growing in prominence in the eyes of both proxy advisers and shareholders, particularly in the post-Hayne landscape, with investors seeking a high degree of visibility to ensure pay is indeed for performance. Total failure to disclose performance measures is viewed as unacceptable in all but a few special circumstances, and rightly so – it obfuscates the link between remuneration outcomes and organisational success, and in doing so reinforces the idea that executives are overpaid for the corresponding value they add to the company. The types of performance measures used, their attendant weightings, and their target levels are all pieces of information organisations should be actively seeking to arm their shareholders with as a key step in (re)gaining their trust. Transparency around variable pay fosters a perception of certainty and accountability in investors and improves the chances that – even in a year where quantum may be considered excessive for external reasons – the remuneration report will be approved.

Another common theme amongst studied organisations was the failure to disclose - or the complete lack of - a staged vesting scale, particularly for STI awards. Standard market practice is to include a threshold and/or stretch goal, with a straight-line pro-rata scale in between. Not only does this ensure STI payments do not vest as an all-or-nothing proposition upon achievement of the target, it indicates to shareholders what the company considers ‘middle-of-the-road’ performance (i.e. threshold or below) and substantial outperformance (i.e. stretch). When aligned with overall quantum, such a scale provides support for the perception that executives are being fairly compensated. Thorough disclosure of a well-reasoned and clearly explained target-setting process supports the overall defensibility of pay outcomes.

It has been accepted market practice in recent years to value equity awards using the face value of the share, typically using a volume-weighted average share price over a 5- to 10-day period immediately preceding the grant date. Despite the trend, some companies still utilise a ‘fair’ or discounted share price when allocating rights or share awards to executives, in part to account for the risk of forfeiture of their performance-based pay. Proxy advisers have flatly panned this concept as outdated and inappropriate. While there is an element of performance-based risk associated with rights or share awards, there is little doubt that the use of fair value could contribute to inappropriately high remuneration outcomes. From the perspective of shareholders, face value is a far more palatable measure as it aligns perfectly with one of their primary considerations – the actual share price of the company. It should be noted that share options fall outside this category, as their exercise price is generally discounted using a widely accepted methodology (e.g. Black-Scholes or Monte-Carlo) that accounts for external factors such as share price volatility, but not the probability of achieving performance-based targets.

Amongst our sample group, two organisations (both of which received a strike) had in place incentive plans which combined STI and LTI into a single incentive, and one (which came close to receiving a strike) was planning on introducing one over the course of next year. Combined incentive plans are intended to simplify the perceived complexity of variable pay arrangements that the majority of listed companies have utilised for some time now. However, with strikes doled out to some high-profile early adopters – arguably due to indirect or coincidental causes such as poor company performance – the adoption of combined plans is now approached with trepidation. Our analysis has shown that while proxy advisers are cautious about giving combined plans their seal of approval, they are not opposed to the concept itself; criticisms are typically confined to the structural elements of the plan, such as the lack of long-term hurdles, high quantum, service conditions in place of performance measures, and the treatment of dividends on unvested equity.

Combined incentive plans need to achieve the same end as a traditional plan: aligning executive behaviour with shareholder interests. The use of a single-year performance period, and the lack of any long-term hurdles (such as a relative TSR gateway condition on deferred equity), are easily perceived as a wedge between shareholder expectations and executive remuneration outcomes. Similarly, when replacing a traditional plan, proxy advisers point out that a comparative assessment of the risk of award forfeiture needs to take place: if the combined plan is more certain to vest than the traditional plan, the overall quantum of the combined plan should be adjusted downwards in comparison to the traditional arrangement.

So what can your organisation do to overcome these challenges going into your next AGM? Disclosure requirements are only likely to become more onerous over the next few years, and companies will need to get all their ducks in a row to mitigate their chance of receiving a strike. Based on our analysis, Aon recommends that organisations keep the following in mind:

The 2018-19 AGM season was a tough one for remuneration committees. With the extent of the fallout from the Hayne Commission not yet known, and legislative instruments like the Banking Executive Accountability Regime coming into play next financial year, the perception of board and executive accountability is likely to be more important than ever. Disclosure is the key for investors to hold boards accountable for their remuneration practices, but this should not be necessarily viewed as a negative. Organisations can take advantage of the increased scrutiny over pay transparency to put forth their argument to shareholders and proxy advisers. A strong case backed up by a well-reasoned remuneration policy and incentive plan is the best defence. Based on what we have learned  last season, there are three major areas for improvement boards might wish to focus on in developing defensible remuneration outcomes: (a) getting a handle on executive pay blowouts by re-evaluating pay practices to ensure awards are aligned with performance; (b) ensuring performance measures are properly disclosed and structured to allow for varying award levels, and; (c) ensuring award valuation is carried out in an appropriate manner.

Aon has a dedicated executive remuneration and board advisory team with a broad range of capabilities that can assist you and your organisation in navigating the rapidly changing regulatory and cultural environment. Get in touch with us to discuss how we can support you in ensuring your pay structures are up to scratch.

Michael is a consultant in Aon’s Rewards Solutions team and works specifically on the executive compensation portfolio. He plays a key role in the delivery of Board and Executive remuneration projects, including the design of short- and long-term incentive plans, fee benchmarking, and governance advisory, and is responsible for the administration of Aon’s Major Companies Executive Data Survey. Michael has consulted for clients from a wide variety of sectors, including resources and mining, healthcare, not-for-profits, sporting associations, government departments, construction and property developers, and financial institutions.

Your details have been successfully submitted.

An Aon staff member will follow up your request. 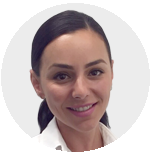 We can also help you with

Back
Most viewed
Topics